Derek Derenalagi was serving with the Worcestershire Sherwood Foresters Regiment in Helmand Province in July 2007 when the vehicle he was out on patrol in triggered a roadside bomb.

Filled with hundreds of ball bearings, nails and metal, the explosion hurled Derek 30 yards through the air, where he landed on rocks. His left leg was blown off and his right was hanging by a thread of flesh and bone. Evacuated back to Camp Bastion, he was pronounced dead and medical staff were preparing to put him in a body bag until one of them detected a faint pulse.

Operated on and flown back to the UK, Derek miraculously pulled through and spent the next two weeks in an induced coma. When he woke up, his wife, Ana, was by his bedside. Feeling unable to tell her husband the true extent of his injuries, Ana had to take picture and say, “This is you now, Derek”. Derek Derenalagi was shocked, saying: “I couldn’t believe it because I could feel that I still had my boots on and my feet were very warm.”

Despite the devastating loss of both his legs, Derek Derenalagi refused to let his disability get in the way of what he could achieve. When the Ministry of Defence launched its Battle Back programme in 2008, supported by Help for Heroes, to encourage wounded Servicemen and women to use sport in their rehabilitation, Derek jumped at the chance. Sport had been a major part of his life, particularly rugby, and the support from Help for Heroes enabled him to get active again.

One of the first soldiers to get support from the Charity, Derek Derenalagi tried his hand at track and field sports and went on to set two British records in the shot put and win gold in the F57/58 discus at the IPC Athletics European Championships. He also competed at the 2012 Paralympic Games in London in discus, an amazing turnaround in the five years since his injury.

When I First Met Derek Derenalagi

I met Derek when he was just starting out in the gym and competing in athletics. Derek and I shared many stories about Army life and his background playing rugby in Fiji. Derek is a lovely and truly inspiring guy who wanted help with his recovery from hard training sessions and competition. Derek would consult with me for treatment and training sessions when he was away from Team GB camps and competing abroad. Derek Derenalagi completed in the F57/58 Discus and the F54-58 seated Javelin. He started out competing for the Armed Forces and then Team GB in the Paralympic Games in London.

Derek Derenalagi also competed in the Invictus Games in London, for the first Invictus Games we went to Lea Valley Athletics Centre to film the advert. It was a long day but worth it.

Derek Derenalagi was having some ongoing injuries off the back of a gruelling training schedule competing for the Army and leading up to being selected for Team GB in the London 2012 Paralympics. Derek got in touch for some home visits to treat an on going shoulder injury and that would also follow in the gym for some strength and conditioning/rehab work.

Derek had this to say about his treatment:

I can not thank Tom Smith enough for all the work he has done for me especially leading up to the London 2012 paralympic games and the Invictus Games. Tom is a great Osteopath and taught me also how to eat and sleep much better!

If you would like to get in touch to discuss your case and help you overcome a sports injury, you can call for an appointment on 01904 788 411. 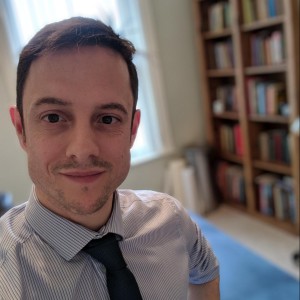 Tom Smith is an Osteopath, Naturopath and a CHEK Exercise Coach. He specialises in a holistic and integrated approach to pain management, health and performance coaching.

This site uses Akismet to reduce spam. Learn how your comment data is processed.

WHERE CAN WE SEND YOU YOUR EBOOK AND VIDEO COURSE?

By opting in you will receive a free PDF version of the ebook and receive the daily video course all in aid of Back Care Awareness Week: